Beautiful People! It’s been forever since my last update! I’m so sorry, so much has happened.

OK where to start…..

First things first, in August I RELEASED A NEW ALBUM! Dream Wild is OUT NOW and I’m so incredibly proud to share it with you. There is a little piece of my heart in each and every copy. So much emotion went into writing this album, I can also guarantee if you asked one of my producers they will mention that I was almost in tears every single day we were in the studio haha. I was also so incredibly honoured to record a duet on the album with Ben Earle from The Shires in the UK. He is such an amazing human and what he bought to the table for the duet is nothing short of breath-taking!

To say I loved every minute of the writing/ recording process is an understatement. But to be honest, I was back in Nashville on the day that the album was released this year, I was sitting around Mary O’Neill’s kitchen having coffee with Mary and Cherie (2 of my great friends) and the album went live, I remember literally sitting there crying my eyes out, I was just overcome with happiness and angst. Angst as all I could do from that point on was to hope that you loved it as much as I did.

Whilst I was in Nashville I also filmed a brand new film clip which I’m super excited for you to see. I promise you’ll see it very soon! It features a Ford F-150, I got to drive this beautiful truck, SO MUCH FUN! Not to mention my film producer there has recently been working with Chris Lane so I got a sneak peak of some new footage coming out soon 😀

What has happened since then…..

To celebrate the release of my new album, we put on 2 album launches! And I finally ticked off one of the stops on my bucket list! We held my first launch at Lizotte’s Newcastle. Oh my gosh, I’m not going to lie, whilst standing back stage with my beautiful band I did have a few tears in my eyes. It was an absolute honour to stand on that stage where some of my idols have performed before me. THEN we celebrated the release of the album in Townsville of course! And we were only 10 tickets short of selling out all 250 tickets! WOW! I honestly was blown away by the turn out. It was an incredible afternoon at a Touch of Salt and I just felt the love.

Ok I’ll keep the rest short otherwise we will be here until Christmas! (Scarily enough it isn’t too far away!)

I got my motorbike licence……I know scary right! Haha but I did my pre-learners course and RE Exam with Streetwise in Townsville and they deemed I was competent enough to hold my RE Licence! WOOHOO! Now I can finally jump on a motorcycle for my TV ad with Suncity Harley Davidson! Can’t wait.

It’s been great chatting! I promise I won’t leave it so long until my next update. 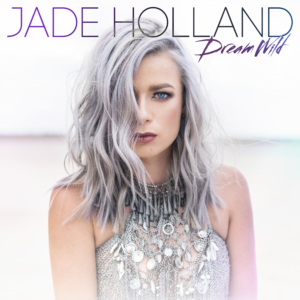