Jade Holland will debut the new tracks on her forthcoming album, Dream Wild, at the iconic Tamworth Country Music Festival this week.

Holland recently spent four weeks in Nashville, USA writing and recording her second album, and has been holding off on performing the songs in front of an audience until this week.

Holland said the Tamworth Country Music Festival was the ideal place to give her new songs their first public outing.

“This year marks my 10th time at Tamworth; so to bring this new music – which really is the result of everything I’ve learned at Tamworth over the years, and from many people I’ve meet through the Festival – is just perfect,” said Holland.

“I am nervous about how the songs will go down, of course. As musicians, we always hope people will like our work, but music is also a very personal thing; when I write, I try to be honest and authentic, but when it comes to sharing, I hope people will relate to the message.

“I’ve got the band with me again; so I know I’ve got a great group behind me, and we’re all really looking forward to just rocking out.”

Holland has had a big start to 2018, having already supported Jimmy Barnes, Richie Sambora (Bon Jovi) and Orianthi at Under the Southern Stars; and shot the film clip for her next single, Drive Thru.

“Drive Thru is a great empowerment song about valuing yourself and holding out for a relationship that you really deserve. I’m incredibly happy with it and can’t wait to share it with everyone,” Holland said. 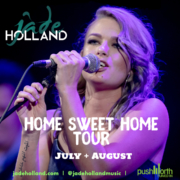 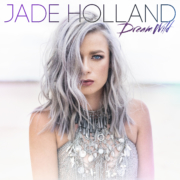 It’s been FOREVER since we spoke last! 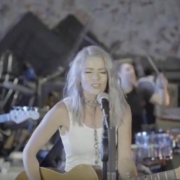 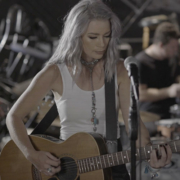 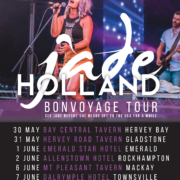 Drive Thru
Scroll to top